I talked in a recent post about WampServer, I’d like to mention the Mac OSX equivalent, namely MAMP. According to their site MAMP installs a local server environment in a matter of seconds on your Mac or Windows computer. Personally, I need this software solution to run local copies of my web sites on the collection of Mac’s I have.

Once again MAMP is really simple to install and once this is done copying across your web server files will have your web site running locally in no time. You can use the admin page pictured below to access myPhpadmin and administer mySQL. 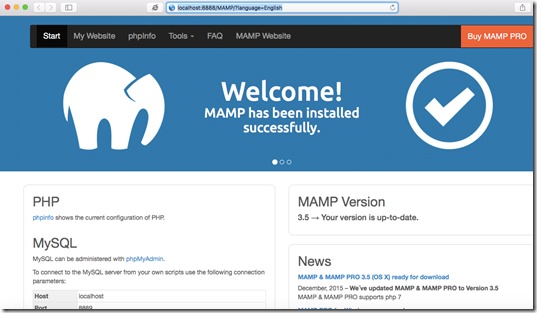 This video shows how to install and configure the software. Furthermore you can also watch tutorials on MAMP.tv

Recently I discovered WampServer which according to their Web Site is a Windows web development environment. It allows you to create web applications with Apache2, PHP and a MySQL database. Alongside, PhpMyAdmin allows you to manage easily your databases.

Since I run my own web sites and have been doing so for quite some time I wanted to find something that would allow me to run my web sites on a local machine. This would effectively allow me to run a copy of my web site for testing and simulation rather than using a live environment for undertaking these kinds of activity.

What I liked about WampServer is that it is really easy to install and configure. This clip shows you how.

Once you’ve installed WampServer it’s as easy as copying your web server files to the local Wampserver directory to get your web site up. If your site runs off a database (which mine does) you simply need to import a copy and establish a database connection, all this is possible through PhpMyAdmin as shown below 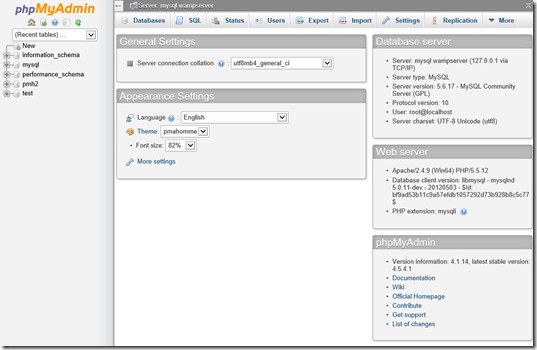 What I also like about WampServer is that it is available for free (under GPML license) in two distinct versions : 32 and 64 bits. Wampserver 2.5 is not compatible with Windows XP, neither with SP3, nor Windows Server 2003. Older WampServer versions are available on SourceForge.