Watched The USA Climbing: Bouldering Open Nationals 2016 final yesterday and have to say it was an amazing competition, in particular the men’s was very closely contested and Daniel Woods was dethroned as reigning champion. Megan Mascarenas was the clear leader amongst the female competitors, however I was hoping Alex Puccio would take it and she left me on the edge of my seat on occasions when she fell off some of the problems. 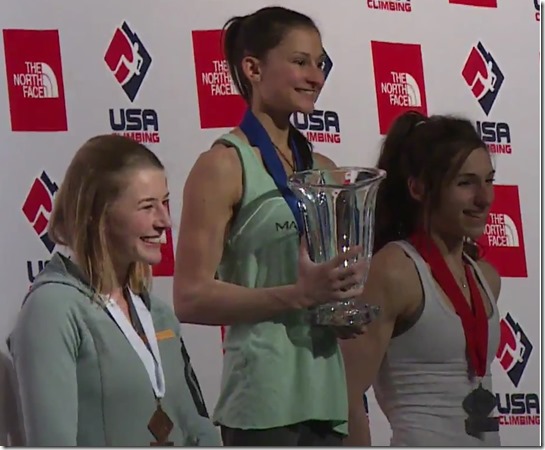 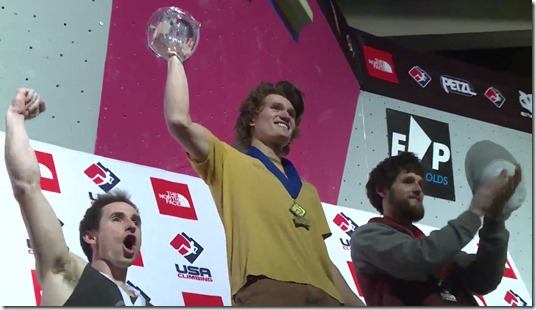 You can watch the finals below: -