Springboks top Tri-nations table after victory over All Blacks

Had a great afternoon watching the South Africa vs New Zealand Tri-Nations rugby game which took place at Newlands Stadium in Cape Town today (Check out these stadium pics via Google Maps and Google Earth).

Having spent most of my life living in Southern Africa I was obviously routing for South Africa. After watching New Zealand’s recent dominance over the British and Irish Lions I was expecting a good game and it certainly was. At the end of a tightly contested first half SA led 16-13 and managed to extend and hold on to their lead into the second half, finally winning 22-16. 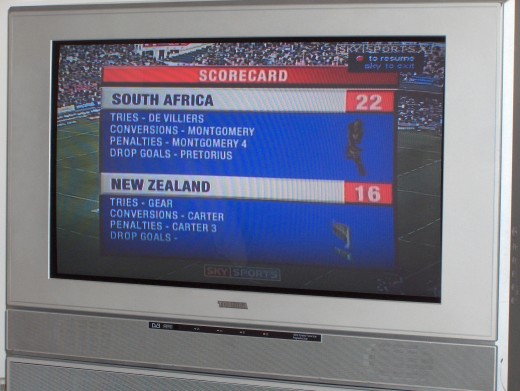 South Africa now tops the Vodacom Tri-Nations log with 8 points. Looking forward to next weeks game in which the Wallabies take on New Zealand.